This handsome Nuforest red brindled longhair puppy has found a home with the Bostick family. 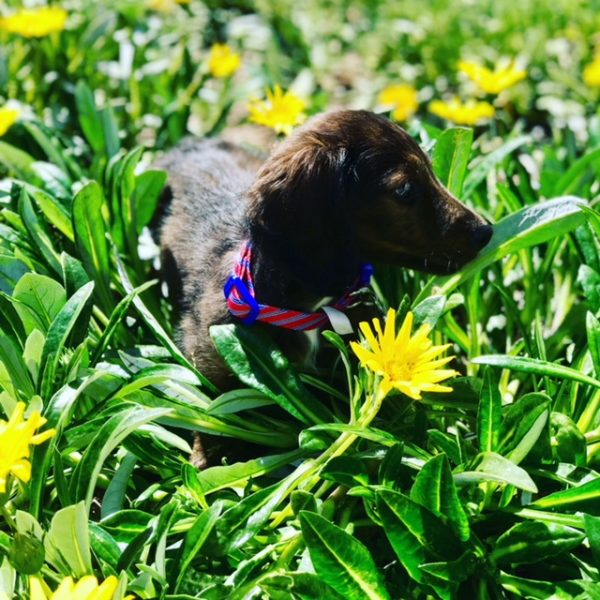 Victoria McConnel, Koko’s owner in Alaska proudly announced Koko had earned her International Championship and had been working towards her AKC Championship. Koko is now spayed so the AKC Championship won’t happen but we are still thrilled with the 5 Point Major she earned as a youngster.

CH Mister is a red brindled longhair. He is pictured taking his last Major Win and finishing his AKC Championship at Silver State Kennel Club, April 10, 2005. The judge is Mrs. Judy Doniere. Ric Plaut, PHA (Professional Handlers Association) showed Mister for us. Mister’s sire is our cream brindle boy, Tiger Legacy who came to us from England.

CH Star, called “Fred” by handler Ric Plaut, PHA (“I won’t call him ‘Star’, that’s a girl’s name'”– I believe is how Ric phrased it) is pictured finishing his AKC Championship at Canada Del Oro Kennel Club. The judge in the photo, Mr. Ed Gilbert Jr., Star/Fred his last major. Ric’s right, we can’t call him Star since he is THE MAN, but he is still a star of our hearts!

CH “Willow” went off to Alaska as a puppy to live with Tami & Nicole Flanders. Willow is a red sable dappled miniature longhair. Shows are few and far between in Alaska and we were thrilled to get the message from Tami when Willow had earned her Championship! We have one of Willow’s daughters, DOXN DAZE NUFOREST NITEZ ML who we hope will someday follow in her dam’s paw-steps and be a Champion too!

Questions about what we do?

Please call (760) 789-0592 to ask for information about our miniature smooth and miniature longhaired puppies.